Support me for the cost of a cup of coffee.

It has been several years since I participated in the atheist/Christian debates. After lots of time on forums, a bit on blogs, and of course, the occasional personal forays… I have largely let such debates rage on without me. I still will say that you give enough rope to the Atheist and he will hang himself with his arguments, while the Christian will stand there and gut himself. Yes, that is horridly jaded and cynical.

But for some reason , maybe the boredom of January, maybe the long vacation from such debate… I had some interest in an internet Facebook event, which takes place Jan.24.
An Atheist/Christian Debate
http://foolofpsalms.blogspot.com/ vs. http://arguewithachristian.blogspot.com/

Admission is free, bring your own popcorn. 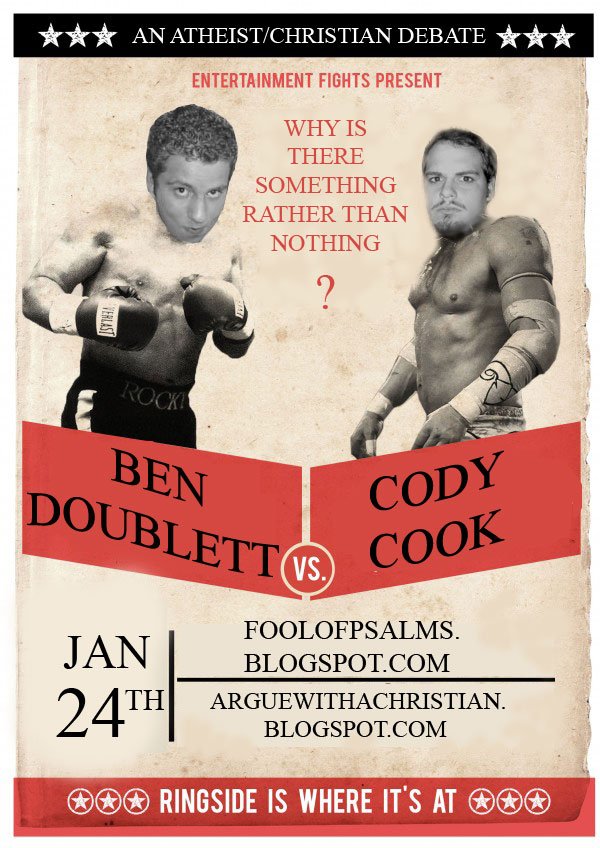 3 thoughts on “Atheists and Arguments, Debates Trying Not to Beat the Old Dead Horse”