This good advice comes directly from my experience on this blog. When I was in my heyday of blogging here, I did make some communication mistakes, with people, with writing, with rankling some readers, but I was honestly me and just wanted to speak opinions on the issues and topics I wrote about. Those topics could be just about anything. I had been on lists previously to blogging so had a fairly thick skin when it came to opposition and the psychological games that are sometimes played online (if you wonder what I’m talking about just look through advice on dealing with the many guises of trolls) 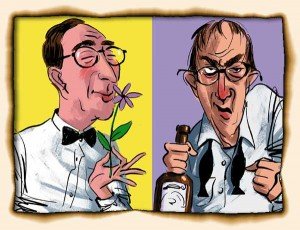 There are many types of disjointed negative people who troll the internet, but it seems they are not as visible to me now. I suppose it is because I have simply stopped giving much of my opinion and become somewhat apathetic about some of the former topics I once blogged passionately about. It also made my writing a bit more boring on those topics, so I stick to just sharing some the introspection for now… like this post. I also don’t “engage” nearly as much as I used to…

Anyway, back to the story…there was a story? yes. A blogger making a name for himself rating other blogs and bloggers decided he didn’t like me too well, and at some point said I was third rate or second rate or something like that. I don’t remember the actual verbal weapon he used, only now I can see the long-term damage. Sometimes these words are wielded with psychological knowledge and intent, but it is always difficult to say when it is all happening behind the screen.

Perhaps it was the timing or who knows, really, but the problem was that somewhere inside myself I listened to him. I shouldn’t have, and there was no real authority for him to have that sort of power over my own opinion of myself, but as those things sometimes go, it did.

I think its power came from somewhere deep inside myself where I was convinced that yes, I was no more than second or third rate as a person , and might as well give up blogging my opinions. Of course, I didn’t altogether, but you might say that is when the wind went out of my sails on this type of blog. The first of many climate changes to my life. I had had about enough of the interminable religious arguing that some Christians enjoy, politics became toxic and polemic. I am sure that contributed to the loss of interest in internet crusading. I went back home, you might say, to deal with the fires of my crumbling hearth and home. I wrote mostly about gardening.

How many times have I seen a talented blogger fold because they were harried or harassed by comments and unkindness? Many a time, in fact it was almost the norm for “blog-life”. I still hear complaints about rude, troublemaking feedback from people who I wonder are simply new to the way the wild world of the web interacts (which is simply an exposure of how real people often act and react – they are just more invested in hiding it in real life). It isn’t easy to see either intent or effect of words on the internet medium.

This is not an obscure thing that happens on the internet or elsewhere in life. Everywhere there are people who thrive on saying negative and discouraging things. Not just criticism, which is sometimes necessary, or voicing different opinions and perspectives, but those who belittle and wish to cripple others in their endeavors. I suppose there is more than a little envy at work.

The trouble is that many of us have been exposed to influences that assess, ascribe to us, or even assassinate our character and value as a person. And we become marred in our own image of ourselves, while vulnerable to those who can damage us and discourage us from following our dreams or building something worthwhile.

Those people speak into our lives and we let them.

As an antidote I truly believe we should find those, including what God says of us, who will help us find our true core, the identity of ourselves as we are meant to be, as we best are. It isn’t a matter of surrounding ourselves with “yes-men”, but of being discerning, careful who give heed to in our lives.