“…the best teachers are people you have difficulty with, because they teach you important things about yourself”

I have found this to be very true.

“It starts with understanding that as men, our value does not come from how much power we hold over women. Our value comes from being respected and being loved as we respect and love the people who matter to us.”

I don’t feel strongly about following certain teachers or teachings (other than the Bible itself), but found this very interesting.

No, not politically right, but in tune with resolutions to improve my blogging and keep on top of resurrecting blog efforts such as TrueGrit, etc. I wrote a little report on a few changes I made in my wordpress sites. This site and the garden website Ilona’s Garden, are my earliest efforts at blogging with the wordpress platform. I have many posts accumulated from years of writing, so the sites have gone through many changes in templates, plugins, etc.

In keeping with the new year I have worked hard to improve the blog experience by getting the sites to run more smoothly… as well as slowly starting back into more posting (such as this). In the WebHelp blog I decided to post tips and helpful things that relate only to those who are running their own sites. Little tips and leads to save time and effort.

The latest is my report on new Favorite WordPress Plugins . For those which work well I intend to implement on all my wordpress installaitons. And some of the ones I listed I am super happy with.

Make art… not … other stuff!

Maybe being late is just plain better when it comes to making resolutions, to give the brain time to handle the overload of a need for focused willpower ( Why 88% of resolutions fail ).

That is one way to rationalize procrastination. I have come to include a few resolutions for 2013, the first of which is to start implementing them on February 1st. More delay, I know, but I have learned a few things about being successful with the resolutions that I want to try.

So far, that is my list of purposeful intentions, resolutions which have specific plans of action and a focal point goal.

Nicholas Christakis, a physician and social scientist at Harvard, found when examining data from a long-term study of the residents of Framingham, Mass., health habits can be as contagious as a cold virus. By his calculation, a Framingham individual’s chances of becoming obese shot up by 57 percent if a friend became obese. –People Who Forget To Die

Today is a new moon, on October the fifteenth of 2012, a Monday. We don’t think of new moons in our modern age, although we might still observe a full moon just because we like the way it looks or we equate it with a time when people act oddly. But it used to be that a new moon once had significance.

Since the Hebrew year was marked as a lunar year, the new moons would mark the beginning of a new month, and had the spiritual significance of new beginnings, considered Holy convocations in some instance; especially the first new moon of the new year.

There are questions about just what constitute a “new moon”. In the Lunar calender that didn’t seem to be so much of an issue since it was defined as”The New Moon is the beginning or the first day of the month.” We can guess that it is the transition from the full moon to the crescent, presumably with a specific point, such as the visible crescent. However it was, the moon at the beginning of its new phase was the beginning of a new month and so the “beginning” had a certain importance.

During the New Moon observance in ancient Israel the shofar was the blown. It was holy, a Sabbath Day. Worship, singing, and sweet incense was burnt to mark the observance.

A beginning was an important event, taken seriously, entered into joyously. 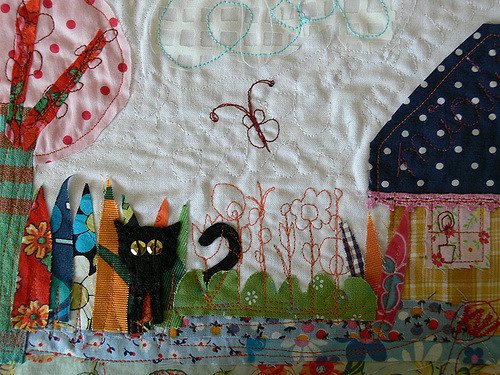 I thought I would announce the fact that I opened a Zazzle store for my daughter’s artwork. We call it ‘eLaine’s Locker‘. The idea is to get her started in getting a bit of exposure for her anime drawings, and eventually a little spending money for when she goes to school next fall.

It is fun to help your kids develop their talents and fledge into something that helps them learn about business. Right now I’m doing all the setup while she works on her drawings, and starts making design decisions. She has renewed her interest in drawing, which had given way to writing. Both are worthy occupations of time.

I’m trying to interest another daughter in some of this, too… it would be great if a number of the kids would be able to collaborate together in building these types of businesses.

Ok, that is the dreamer in me talking. As of now, she has not made any sales, but I hope it won’t be long before people discover her Zazzle store and order some of her products. Would you like to see a sample? I hoped you would!

Phone cases, stickers, pillows, and all sorts of stuff:

I just passed the 2000 post mark on this TrueGrit blog. Just felt like observing this little mark of accomplishment…such as it is.