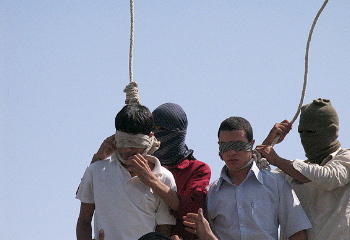 I am in danger of stumbling under the weight of the evil done by these hard hearted people. With their jihad and their beheadings; am deeply in danger of wishing a pox on them all…. and that is the corruptible flesh, not the spirit.

This is the last I hope to print on Islam for at least a portion of time.

I don’t know why, but more than the bombings …this news item grieved me to my soul.

It is time for good news of glad tidings, and Jesus Christ is the only one by whom that will come. I hope He gives me something of worth to write this week. I am weary of the foul things I have had to think about this week in the conflicts raging around us.

Take me to the Rock, The Rock that is higher than I.

7 thoughts on “Some Hang Their Heads For Islam”