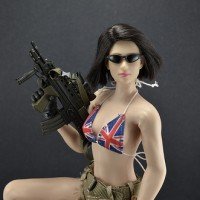 My daughter saw a youtube offering that impacted her greatly and she wanted us to watch it with her. So her brother and I sat down to our hdml hookup and watched a video that went over a perennial interest I have: women and the cultural view of beauty, social impact of those views, and how our baseline moral view articulates those aspects of social identity. It was from a political and cultural perspective very different from mine ( the usual hostility to Christians that is ingrained in the liberal/Democratic views) but imparting some very real concerns and truth for all that.

The video was “Miss Representation”, and you can watch it below. It moves quickly with a barrage of thoughts and images. If you really want to think about what is being presented to you, you must stop it often to process what is being said and what it means. Otherwise, the impact is to rile your emotions without giving a real context to what you should do with these emotions.

Warning there are sexually explicit images – if you are offended with this, better to not watch. There are other presentations of many of these issues, you can find and view those. The conversation remains the same.

Truths I Would Not Argue With

One interesting thing about this documentary is the way it presents and dismisses the role that movements like the “Moral Majority” or the “Christian Right” had on raising consciousness on some of the cultural degradation of women and the loss of concern over “public interest” as it is expressed in media. Especially in television and movies from established, big business Media.

Also it lacks the will or the depth to connect the dots between the paradoxical conflicts inherent in the old arguments on the side of “legalizing prostitution”, and the growing concern over “human trafficking”. Think about these “two?” issues. Aren’t we using mere euphemism when we want to address the enslavement of women and children in prostitution as a problem, and obscure problems that women face whenever prostitution becomes prevalent and accepted? Maybe you don’t make the connection between the way we think of and represent women and the issue of human trafficking, or how allowing prostitution to be recognized as a legal and viable occupation might be relevant. This probably deserves its own essay and evaluation.

Things I question and take issue with

Just a few thoughts on religion

If I were going to convert to any religion I would probably choose Catholicism because it at least has female saints and the Virgin Mary.
~Margaret Atwood

Before you view the documentary to see what you think of it and the issues it raises, what about a couple thoughts on some of the bias and dismissive perspectives I noticed?

(1) American women have the most freedom of any women in the world. Yes, on the whole, if we look at the opportunity and the freedom to live as we choose (lifestyle, education, economic). No it isn’t paradise, but nothing on earth approaches that idea of paradise. We do and should keep striving for better conditions, preservation of our freedom, access to opportunity, but we also should not forget or diminish what we have.

(2) Christianity is a powerful voice for the oppressed and dispossessed. Historically, it has one of the best records of any force for the empowerment of women. Ask yourself – in what place and in what age did the rise of women’s rights gain the most momentum? And it wasn’t the 1960’s. That may have been when you heard the loudest shouts, but not when you saw the greatest momentum.

Whatever your opinion of the Christian religion, it ought to be recognized for the beneficial influence on ideals of freedoms and rights. If you are willing to deny that, then I would question your ability to correct any of the injustices discussed in the film “Miss Representation” with real fundamental change. My guess is that the best you would be able to come up with is some reactionary and temporary “re-balancing”, which is only injustice inverted, not averted.